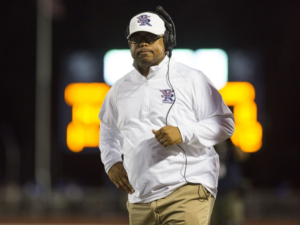 Coach continues to spread the message about organ donation. His story and more:

SAN DIEGO — If you’re looking for the ultimate underdog, Marlon Gardinera is your man: He knows all about beating the odds.

He coached his Scripps Ranch High School football team to their first state championship, a victory he wasn’t supposed to be alive to see.

What You Need To Know

“In 2007, I was told I had a year or two to live because of a rare disease called amyloidosis and what it was doing to different parts of my body,” Gardinera said.

His body was attacking his otherwise healthy liver, but a liver transplant from a 26-year-old donor saved Gardinera’s life. He also was able to donate his liver to someone else to save their life.

Fourteen years later, he values life more than ever. Gardinera is a volunteer at Lifesharing, a nonprofit that coordinates organ and tissue donation.

“He’s probably just single-handedly alone reached thousands and thousands of students with his story, with his message,” said Anne State with Lifesharing.

State said Gardinera is both a transplant recipient and a living organ donor. Essentially, amyloidosis is an auto-immune disorder. Livers from amyloidosis patients can improve if they’re transplanted into someone who does not have that same trait. Typically, these livers go to patients with liver cancer or end-stage liver disease — patients who would die without a transplant.

“It gets other people thinking about organ donation and what sort of legacy they might want to leave when they pass away,” State said.

For Gardinera, the Super Bowl is more than the game.

Because of his transplant, Gardinera has been able to coach both his sons during his time as head coach.

Gardinera will probably need a kidney transplant eventually and said he will cherish every moment.

“For me, I’m glad I’m still here and alive, and I get to spend it with family and friends, and I get to enjoy that time,” he said.

According to Lifesharing, California has the longest waiting list in the country, at over 21,000 patients.

Gardinera said their state championship football team has been invited to the NFL Honors award show that airs before the Super Bowl.