The two hall of fame players will now forever be a part of the Hoover High School thanks to a brand new campus mural for all students and faculty to see.

On a beautiful Southern California day among the speeches were Boston Red Sox Hall of Famer Fred Lynn and Gwynn’s wife, Alicia Gwynn, that brought the large crowd of community members, Hoover staff, the San Diego Padres and student-athletes a since of who these two great men were on and off the field. Created by artist Jonny Pucci, it will forever link Williams, the Hoover graduate from the class of 1937 and Gwynn, Mr. Padre, who play his entire 19 year Major League career for the San Diego Padres. The mural will stand as a reminder of the history, lives and connections that sports has given the San Diego community. 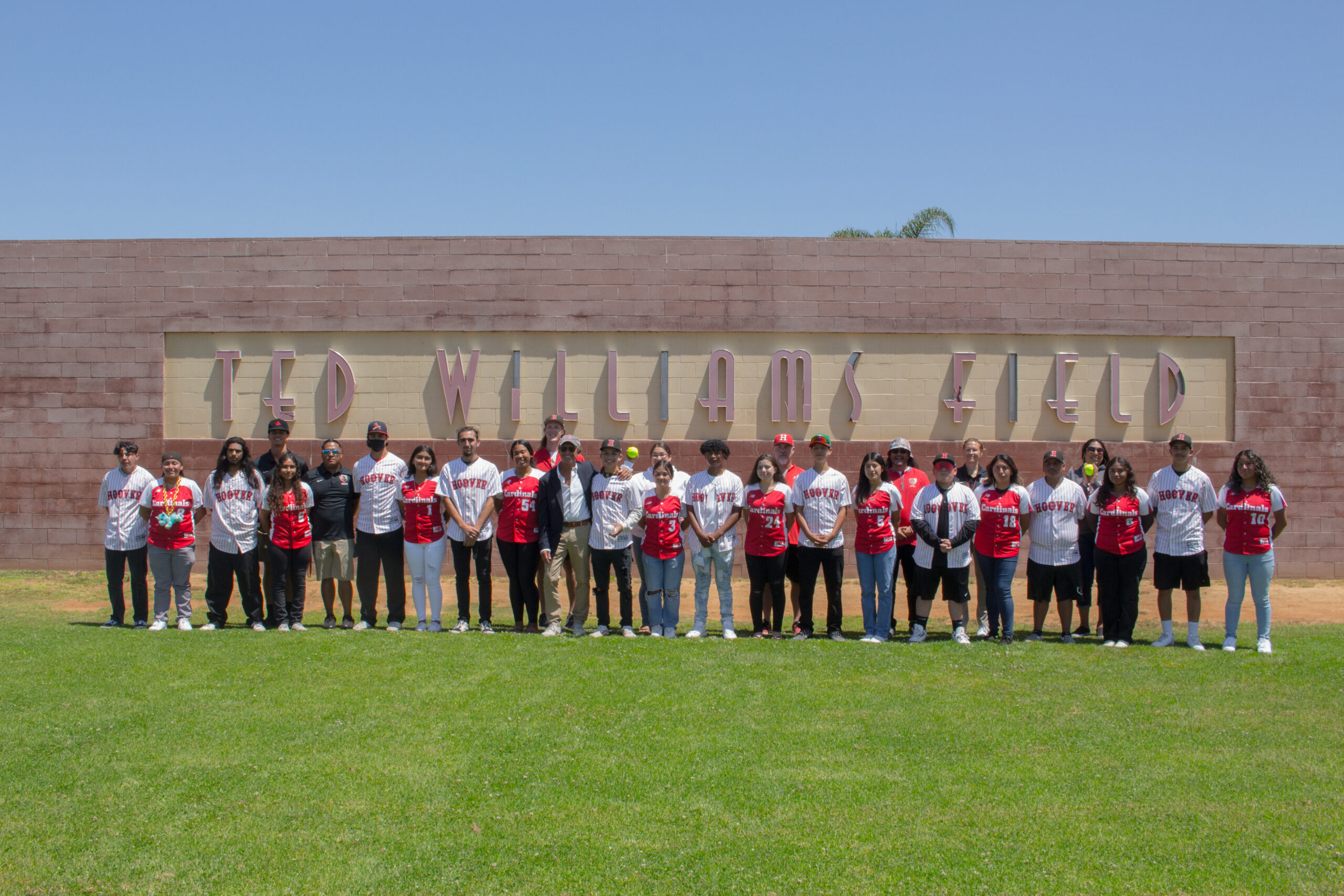 Members of the Baseball and Softball Teams take photo on Hoover’s baseball field named after Ted Williams with Red Sox Hall of Famer Fred Lynn. Lynn was lifelong friend of Williams and former teammate of Gwynn with the Padres. 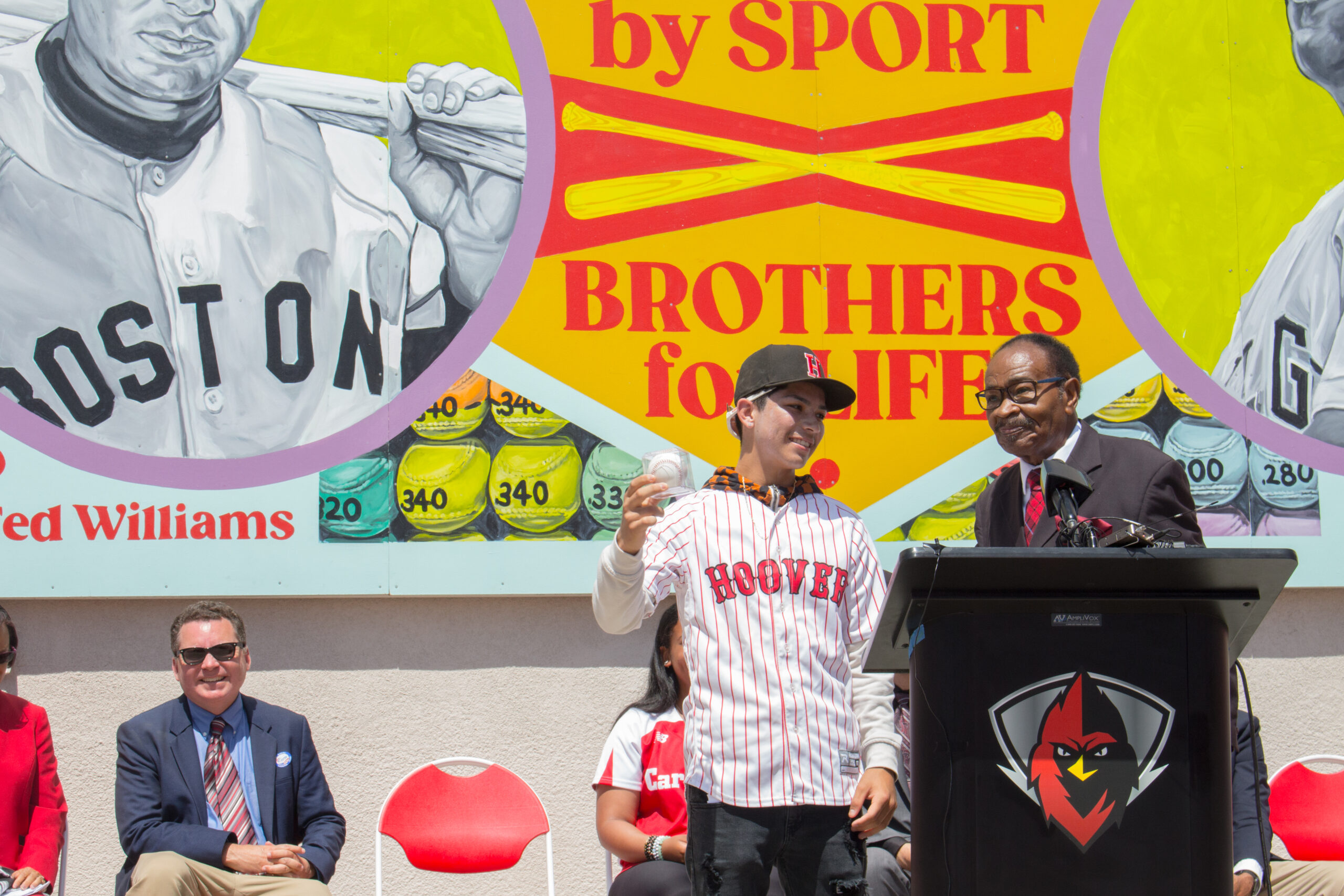