It’s that time of the year again… High School Football. From locker assignments to Two-a-Day practices the players grind it out for the chance to win a championship. Bold statements and wishful thinking, each team has high hopes for the 2022 season. Predictions? Yes, everyone has them. Here is the Union-Tribunes annual League predictions. Click the link below for full article. 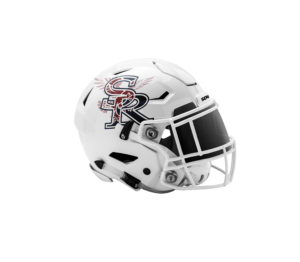 A 3-star, Leatherwood is a true 3-sport athlete. Standing 6-8, he threw for 3,915 yards with 52 TDs, 4 interceptions on a team that won the State 2-A Championship. He led that team on a last-minute, length-of-the-field drive to win it. Switching sports, he helped the Falcons to a State Division IV basketball championship. He was a 1st-team All-CIF player in football, then finished the school year by being named 1st-team All-CIF in volleyball. He has committed to Nevada.

A 3-star, he has cut his recruiting list to 6 — Arizona, Arizona State, San Diego State, Syracuse, Fresno State and Nevada. At 6-4, 275, he can carry 25 more pounds in college and still shift to guard. He’s a physical player, who has a nasty streak. 1st-team All-CIF.

A 3-star, he’s dominant on both sides of the ball. He’s committed to Boise State where he figures to be on the offensive side. At 6-4, 230, he can be an in-line blocker, play the slot or move outside. Chose Boise State over Oregon State, Nevada and San Jose State.

A 4-star, he has added more than 50 pounds since his freshman year and stands 6-4, 230. With his athleticism he may best fit in college as an edge rusher. Had 37 tackles and 3 sacks last season. Was a sprinter on the track team. Has 16 offers, including Oregon, USC, Boise State, Colorado and Washington.

A 3-star, he may be best suited as a safety in college. Blessed with range, open-field awareness and ball skills, he’s a sure tackler. Has multiple offers, including Arizona, Colorado, Fresno State, Minnesota, San Diego State and USC.

A 3-star, he checks in at 6-2, 185. Is a force as a WR, but figures as a safety at the next level. A big hitter, he has a best of 22.34 in the 200-meters. Has more than a dozen scholarship offers, including Washington State, Arizona, Colorado and Colorado State.

A 3-star, he plays outside and returned 4 interceptions for TDs. Physical player at 6-2, 190-pounds. Committed to San Diego State, choosing the Aztecs over Colorado, Colorado State, New Mexico State and Utah State.