Vikings on the Run

To really go the distance mentally and physically, the runners of the La Jolla High School cross country program must find their own motivation.

“I am motivated to keep training and running because I enjoy watching myself improve and reach goals I never thought I could,” she said. “My goals for cross country this year at LJHS are to run a 5K in less than 19 minutes and continue my amazing relationship with the sport.”

For senior Isaac Chu, also 16, it is the prospect of having the whole team improve.

“Cross country is definitely a team sport, and having teammates to both encourage me and keep me accountable gives me a lot of motivation to keep going when it gets hard,” he said.

For some, it is the combination of individual goals, camaraderie and team improvement, according to cross country coach Mandy Benham, who works with both boys and girls.

“We train in the summer a few times a week doing group runs, so they get in shape and can chat with their friends for 45 minutes,” Benham said. “The summer training helps a lot because they can see their improvement, and success builds success. Once they get fit enough, the challenge of running feels less challenging. From there on, it’s about keeping their minds on who they are racing against and who they have to beat.”

This year, the school has 60 runners (29 girls and 31 boys). Benham says it’s the most balanced the program has ever been.

One of the constants on the boys team has been Isaac, who started with Benham in the summer after eighth grade.

“Before high school, I didn’t run much outside of P.E. or other sports like soccer, basketball, baseball, etc.,” Isaac said. “One race I would run, however, was the Triton 5K at UC [San Diego]. I’d run pretty well there on essentially zero training, so I thought I’d give cross country a try. Ever since then, I’ve really enjoyed running competitively for LJHS.”

While on a long run, Isaac gets into a Zen-like state, he said. “When I’m alone, I tend to try to let my mind wander, just ticking the miles off one by one. Getting in that type of rhythm is something I really enjoy about running.”

Daphne takes a similar approach. “When I run by myself, I bring my headphones and listen to music, which I enjoy because it brings time to myself,” she said. “I sometimes get in a zone and blank out, which makes time pass by much quicker.”

She said she enjoys running because it “allows me to see myself progress and push myself to the limits. I also enjoy the community and friendships it has brought me. I have gotten closer with my teammates as well as connected with runners from other schools. It’s so nice when I get to talk to other runners about running and bond over it.” 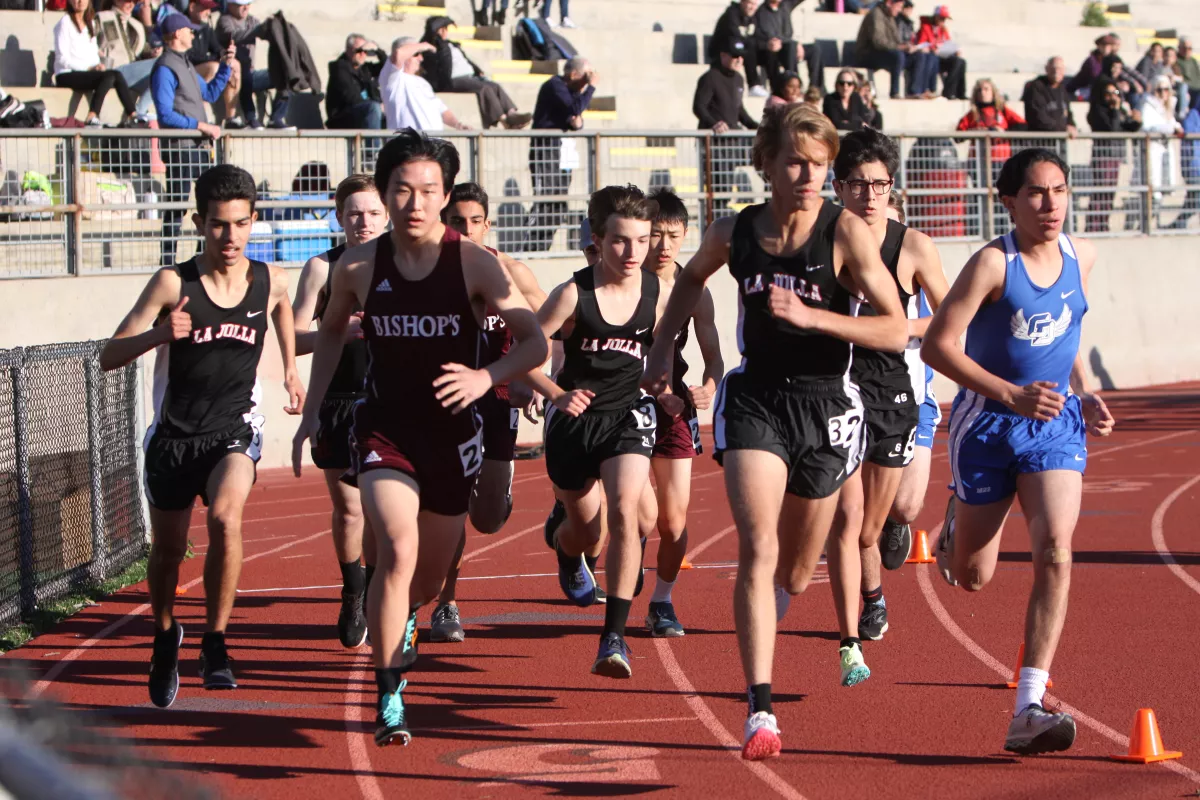